Submitted By: Office of Marketing and Communication
Benjamin S. Grossberg, professor of English in the College of Arts and Sciences; and Javon Jackson, professor and director of jazz studies in The Hartt School, are 2021 recipients of the Humphrey R. Tonkin Award for Scholarly and/or Artistic Creativity.

The award is presented to faculty members who have displayed unusual creativity and innovation in the pursuit of their scholarship.

Benjamin Grossberg is a poet of national standing. He has authored four full-length books of poetry, two chapbooks, an edited collection, and numerous peer-reviewed articles and essays. The extraordinary quantity of his publications is exceeded only by the quality and reception of his work. Grossberg's poems have won prestigious prizes and have been reprinted in numerous collections, including Best American Poetry.

There is ample evidence that Grossberg's work is meaningful and lasting. In 2010, he won the Tampa Review Prize and the prestigious Lambda Literary Award for his second book, Sweet Core Orchard. In 2011, a poem to be published in Space Traveler appeared in the annual Best American Poetry anthology. As its title indicates, this anthology is a monument to the best work published in a given year, and Grossberg's contribution to the volume appears alongside work by poets like Robert Haas, Robert Pinsky, Billy Collins, Charles Simic, Mark Strand, Richard Wilbur, and Natasha Trethewey (all of whom have been poet laureate of the United States).

As English instructor Leslie Johnson wrote in nominating Grossberg for the Tonkin Award, the University is fortunate "to have one of the most highly regarded and prestigiously published poets in contemporary American letters on our very own campus."
JAVON JACKSON 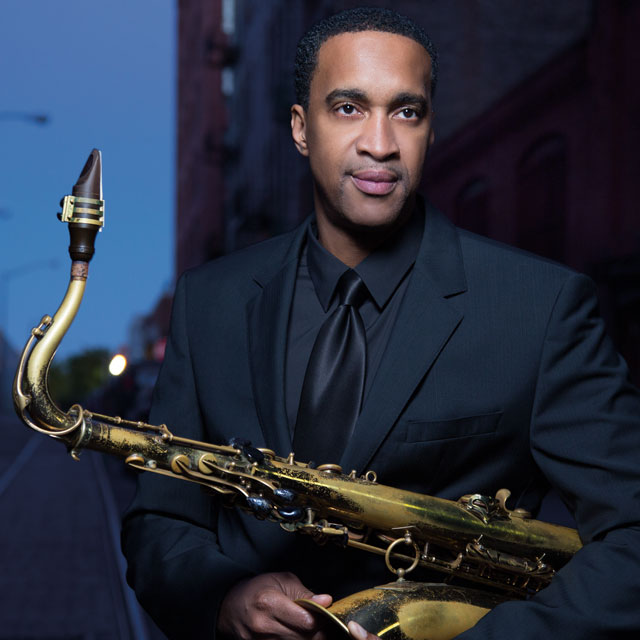 Javon Jackson’s career as a gifted jazz tenor saxophonist, bandleader, composer, and educator spans decades. He came into international prominence as a member of the legendary Art Blakey’s Jazz Messengers, where he was a staple until Blakey’s death in 1990.

His latest work, Déjà Vu, was released in 2020 to critical acclaim, spending five weeks in the top 10 on the jazz charts, climbing to No. 2. In reviews, Jazz Time lauds Jackson as a “polished and intuitive improviser, and Downbeat magazine praises Jackson’s “canonical knowledge and interpretive command.”

As a guest artist and lecturer at schools, festivals, camps, and academies throughout the world, Jackson is a tireless jazz ambassador. His television and film credits include Law & Order: Criminal Intent, Spike Lee’s Malcolm X, and The African Americans: Many Rivers to Cross with Henry Louis Gates Jr. on PBS.

As director, Jackson’s efforts have expanded the University’s Jackie McLean Institute of Jazz in quality and scope, bringing increased enrollment, awareness, and respect. Through his professional associations, he has brought some of the world’s most esteemed musicians and scholars to campus, including Sonny Rollins, Cornell West, Angela Davis, and Nikki Giovanni.

Jackson “represents the best of the University’s collective mission,” David Goldenberg, dean of Hillyer College, wrote in nominating him for the Tonkin Award. Stephen Pier, artistic director of dance at The Hartt School, concurs: “A consummate professional, an outstanding artist/educator, a transformative leader, and an actively engaged citizen, his work and his example enrich the lives of students, colleagues, and the entire University of Hartford.”